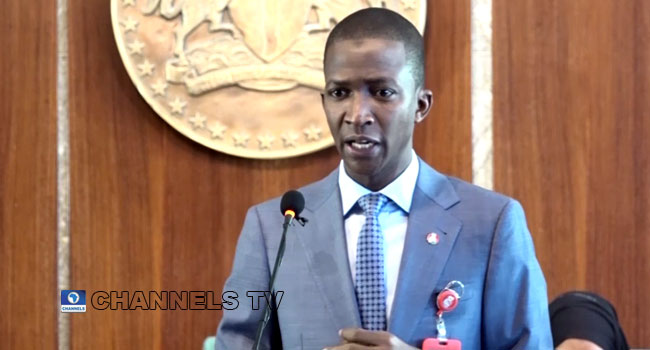 The Chairman of the Economic and Financial Crimes Commission (EFCC), Abdulrasheed Bawa, told the Lagos High Court in the Ikeja region how an oil trader, Abubakar Peters and his company, Nadabo Energy Limited, forged documents to obtain 1.4 billion naira as a grant from the Federal Government.

The boss of the EFCC, who was in the witness box for more than 6 hours on Wednesday, gave numerous details about how the EFCC conducted its investigations and discovered the fraud.

Through the witness, the court also admitted into evidence several documents as evidence of the alleged fraud.

On Tuesday, the trial was blocked due to the absence of the defense lawyer. But on Wednesday morning, all parties were in court, including prosecution star witness Bawa.

Led into evidence by the Commission counsel, Mr. Seidu Atteh, the president of the EFFC explained to the court how the commission had received in 2012 a complaint from the Minister of Petroleum Resources at the time, Ms. Diezani Alison-Madueke , alleging fraud in importing PMS. by Nadabo Energy Ltd. He also received a petition from the Senior Advocate of Nigeria, Femi Falana law firm.

These petitions and one from a civil society group formed the basis of the investigation against Abubakar Peters and his company.

The team found that the defendant forged all documents, leading to the payment of a subsidy of 1.4 billion naira by inflating the amount of petroleum products he imported.

When the EFCC sought to introduce documents in support of this testimony, defense attorney Osagie Isiramen raised objections to their admissibility.

After listening to the arguments for and against, Judge Sedoten Ogunsanya dismissed the objections and found that the documents had been properly obtained during the EFCC’s investigations.

Mr. Bawa will be back in court on November 1 for his cross-examination.