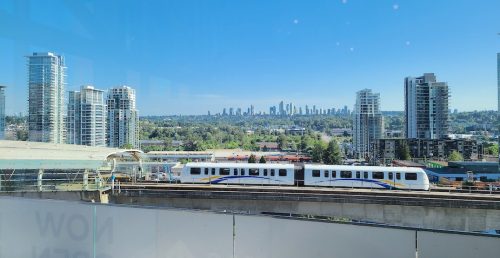 Relatively recent policies to protect and increase the supply of rental housing in Burnaby appear to be working, according to the municipal government’s annual progress report released today.

Under this framework, a total of 10,358 rental units of all types are underway at various stages – proposed / under review, approved, under construction and completed.

The vast majority of units are rated affordable, with 7,881 below-market rental units, including 6,710 units offered, 315 units approved, 569 units under construction and 287 units completed.

This includes 2,658 below-market rental units run by non-profit entities and the City of Burnaby. The municipal government played a direct role in providing city-owned land at nominal cost and allocating $ 52 million from its affordable housing reserve for community benefits (collected from private developers through rezoning) for project costs.

In addition, the municipal government is providing $ 17 million to help non-profit entities with their non-market rental housing development projects on other non-city sites.

Another 5,223 below-market rental housing falls under the Rental Use Zoning Policy (RUZP) approved by the city in 2020.

RUZP’s mandate on new condominium developments requires the replacement of all existing rental units on a property, with previous tenants enjoying the first right of refusal at affordable rents. For any project, it is mandatory to include a component of below-market rental housing that equals at least 20% of condominiums, whether replacement or inclusion housing, for a net gain in the city. .

In terms of market rental housing, the city has 2,477 units underway, including 1,242 units offered, 12 units approved, 816 units under construction and 407 units completed.

All figures reported represent scoring compilations as of the end of September 2021.

“The latest Rental Housing Update report illustrates the dramatic effect our housing policies have had on our rental market,” Burnaby Mayor Mike Hurley said in a statement.

“During the Mayor’s Task Force on Community Housing, we made a commitment to find ways to make it easier to find stable housing for families, seniors and people with low incomes. We still have a lot of work to do, but it is clear that we are moving in the right direction. “

In total, there are 115 projects across the city with a rental housing component in various stages of advancement. But only a small number of houses are built today, and many have yet to be approved.

It will take years to approve and complete most of this new rental housing supply for any effort to improve housing affordability in Metro Vancouver.

The number of rental housing units continues to grow as Burnaby becomes one of the most sought-after jurisdictions for developers, with supportive community plans, municipal policies and transit-focused development sites adjacent to the SkyTrain.

However, some developers looking to build large 100% rental housing projects have identified challenges with city policies, as the city government stipulates the same level of below-market affordable rental housing and premium expectations. of density than what a condominium project would require. The development industry has recently raised this issue, as condominiums offer a considerably higher financial return that can cover more public interest costs than market rental housing. Manufacturers have also provided generally favorable comments on RUZP.