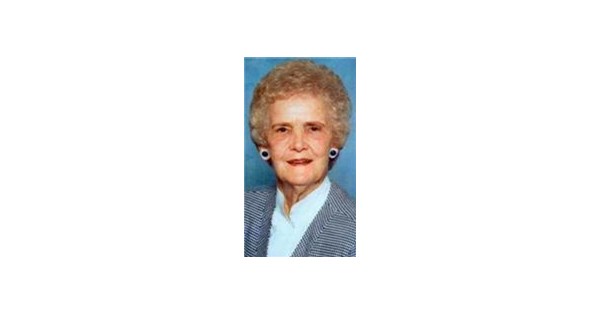 Dorothy Jewel Carter, affectionately known as “Aunt Dot,” walked through the doors of her heavenly home on Saturday, November 27, 2021, at the Veterans Administration Medical Center on Cooper Drive in Lexington.

Born May 25, 1928 in Louisville, she was the daughter of Cyrus M. and Ida B. (née Roberts) Carter; she was the youngest of eight children. A resident of Hardin County, Dot received her elementary education in Vine Grove. After graduating from high school, she attended Western Kentucky State Teachers’ College, now Western Kentucky University, in Bowling Green. Her sense of patriotic duty and love for her country prompted her to enlist in the US Navy in January 1950. After completing her recruit training at the Great Lakes Naval Training Center in Chicago, Illinois, she held various administrative positions in Corpus Christi. , Texas and Hawaii. After graduating from Navy Recruiting School in San Diego, Calif., Dot completed two periods of service as a Navy recruiter in Louisville and another period of service in Indianapolis. After graduating from “Yeoman B” School in Bainbridge, Maryland, she was posted to Washington, DC, where she was the Social Secretary to the Chief of Staff of the Bureau of Naval Personnel. Her next posting was Camp Smith, Hawaii, where she was Social Secretary to the Commander of the United States Pacific Command. At a recent family reunion, Aunt Dot shared her memories of service with Admiral Jack McCain, CINCPAC, while her son, John, later U.S. Senator John McCain, was a prisoner of war in VietNam. Naval Chief Dorothy Jewel Carter has received numerous service awards during her 20-year career with the WAVES. After her retirement, Dot was employed by the L&N Railroad in Louisville and Jacksonville, Florida. In 1986, she retired and moved to Smyrna, Tennessee, where she worked as a volunteer and activist for many programs and activities for veterans. She was actively involved in raising funds for the erection of the WWII Memorial in Nashville and she was involved in the construction of the Fisher House on the grounds of the VA Hospital in Murfreesboro, Tennessee. Her dedication to her siblings in her military family inspired her to volunteer at Alvin C. York VA Medical Center in Murfreesboro for over 20 years. She was a founding member of Unit 94, WAVES National “White Caps”, now known as MWAN. Also a community service activist, she was a member of the Smyrna Rotary Club. Dorothy Jewel Carter had a deep faith in God that never wavered. She has been an active member of many churches throughout her life; after moving to Lexington in 2014, she attended Broadway Baptist Church.

She was predeceased by her parents; his seven siblings; and his special friends, Harriett L. Howard and Jack and Beverly Williams.

Survivors include several nieces and nephews, including a special niece, Missy Schmidt, and her husband, John, and their children, Maggie Schmidt and Emily (Alex) Riddle; and a great-grandnephew, John Woodford Riddle.

She leaves behind a host of friends in Tennessee and Kentucky to cherish her memory. “Aunt Dot” has lived a lot in her 93.5 years on earth. She recently bought a new car and wasn’t afraid to climb on the neighbor’s trampoline with John Woodford. She was passionate about puzzles and telling jokes. Her sense of humor was shared with everyone she met on her frequent trips to “Panera” in Palomar, where she enjoyed their orange and cranberry muffins, brunch at “Wild Eggs” , Palomar “Walmart” for her daily groceries and “Ramsey’s” on Harrodsburg Road for what she called “the best fries in town”. Throughout her life, “Aunt Dot” has always been willing to show compassion, kindness and generosity to others. She never visited anyone without bringing a gift; she never missed a birthday or special occasion without sending a heartfelt handwritten note. She will be remembered for her love, kindness and generosity. She set a divine example for all of us to follow.

A funeral service and burial will be held Friday, December 3 at 10 a.m. at Nelson National Cemetery, 6980 Danville Road in Nicholasville. A reception will follow at the Kerr Brothers Funeral Home on Harrodsburg Road.

In honor of Aunt Dot’s long-standing passion for service to others, we respectfully request that memorial contributions be made to the Shriner Children’s Hospital, 110 Conn Terrace, Lexington, KY 40508 or the VA Medical Center Fisher House, PO Box 54481, Lexington, KY 40565.

Published by The News-Enterprise from November 30 to December 4, 2021.