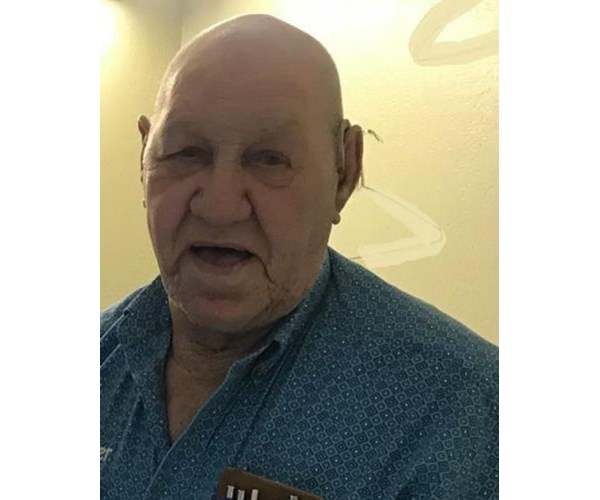 To the newcomer to Conroe, the name won’t mean anything, but Old Conroe – elders who were in their forties, fifties and sixties in Conroe – they will be saddened to learn that Emmett Barrow has passed away.

Emmett and his brother Stevie (who was in a serious car accident with his caregiver Cheryl Phillips and both recovering from long-term health issues) were well-known personalities who grew up in Old Conroe in the forties and fifties riding their Schwinn. bikes in town. They grew up on South Pacific St, in Conroe along the railroad tracks. Emmett and Stevie have never met a stranger and befriended the rich, the poor, and the community’s “movers and shakers” for life.

As an adult, Emmett worked for many years at Meador’s Humble gas station in Willis, while Stevie made a career in Conroe’s grocery stores, working his last job at HEB until his late sixties. .

Growing up, Emmett switched from his Schwinn bike to driving pickup trucks, but Stevie stuck with his bike as a mode of transportation his entire life. Stevie was a common fixture for over sixty years cycling around Conroe. You could say that Stevie was ahead of his time in avoiding automobiles and being “green” when riding a bike, before it became popular.

Emmett’s last name “Barrow” also created a note of interest. Here again, the name “Barrow” would have no special meaning for newer Texans, but for older Texans the name has a special sound. Emmett’s uncle was Clyde Barrow, one of the most notorious outlaws to ever roam Texas.

Legend has it that Clyde Barrow visited his loved ones several times in Conroe, meeting under a bridge on FM 2854 which is still standing today, rusted with time.

Finally, a story about Emmett and Stevie when they were teenagers. Some young Houston cyclists showed up to Conroe on a Saturday with their ten-speed bikes looking for someone to run against in the city. Someone told them they had to face off against the Barrow brothers, Emmett, and Stevie. The boys were found and they accepted a race. So there you go: Houston riders wearing their bike outfits, complete with helmets, spandex shorts, biking shoes, and stylish 10-speed bikes. Then you had Emmett and Stevie barefoot, their jeans rolled up to their calves and in white T-shirts standing next to their heavy, battered old Schwinns. They all mounted their bikes, and the race was on. It was no contest, Emmett and Stevie, with their strong legs built over years of riding old bikes, left their opponents in a “cloud of dust”. There are other stories, but we’ll stop here.

Emmett’s smile and laughter could light up a room. If you knew it, you know it’s true!

Emmett was predeceased by his parents, James C. and Norine E. (Newman) Barrow; and his brother, James “Bo” Barrow, Jr.

He is survived by his family: Dear Brothers, Stevie Barrow and longtime caregiver, Cheryl Phillips, and Darrel “Yogi” Barrow and Morganne Reed and their daughter, Marissa; and his special companion and dearest friend, Donna Wilson. Emmett is also survived by his longtime friend Jesse Powell and all of his “coffee buddies” as well as a host of other dear special friends.

Funeral services will be held on Thursday October 7, 2021 in the Conroe Funeral Directors Chapel at 2:00 p.m. with Reverend Bob Seal officiating. Interment will follow at Willis Cemetery. The family will receive the friends two hours before the funeral, starting at noon. Mandatory masks please.

Published by L’Entreprise Beaumont from October 5 to 6, 2021.