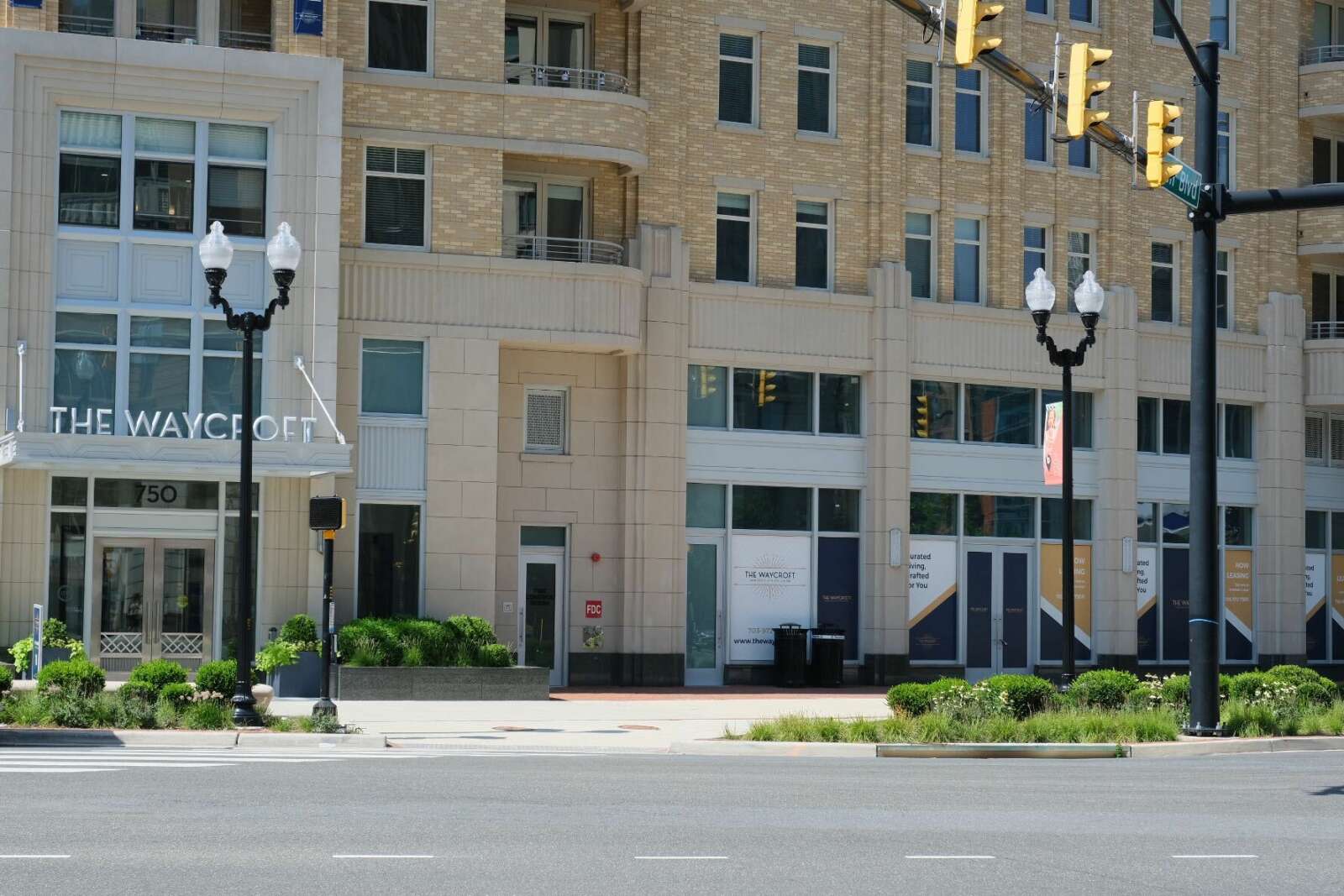 A planned location for Silver Diner in Ballston, at the intersection of Wilson Blvd and N. Glebe Road, is going through county approval processes and is aiming to open next year.

Developer Saul Centers announced in 2017 that the regional chain would open a place in its development at 750 N. Glebe Road. Now Silver Diner is getting the necessary approvals to move into the ground floor of The Waycroft apartment building.

Arlington County Council on Saturday approved a two-part application from the company to allow the installation of illuminated architectural features on the building’s facade as well as the operation of an outdoor sidewalk café.

“Silver Diner proposes to have a 961 square foot, 68 seat beer garden… However, it is proposed that 229 square feet of their beer garden be located in the streetscape of Wilson Boulevard, which is owned by the ‘grip of the county, “a board report said.

Although the Silver Diner “plans to operate the restaurant 24 hours a day,” operation on public property will restrict the hours of its outdoor seating between 6 a.m. and 2 a.m., according to the report.

Despite the approvals, a spokesperson for Silver Diner said the company had no updates to share.

When complete, the 6,700-square-foot restaurant will join Target, which opened last summer, and Enterprise Rent-A-Car on the ground floor of The Waycroft.

Ballston’s planned location is expected to replace the currently operating Silver Diner at Clarendon one day. A 224-room hotel and a 286-unit residential building will replace the Silver Diner and The Lot beer garden. The redevelopment is one of a host of plans to change the look of Clarendon.