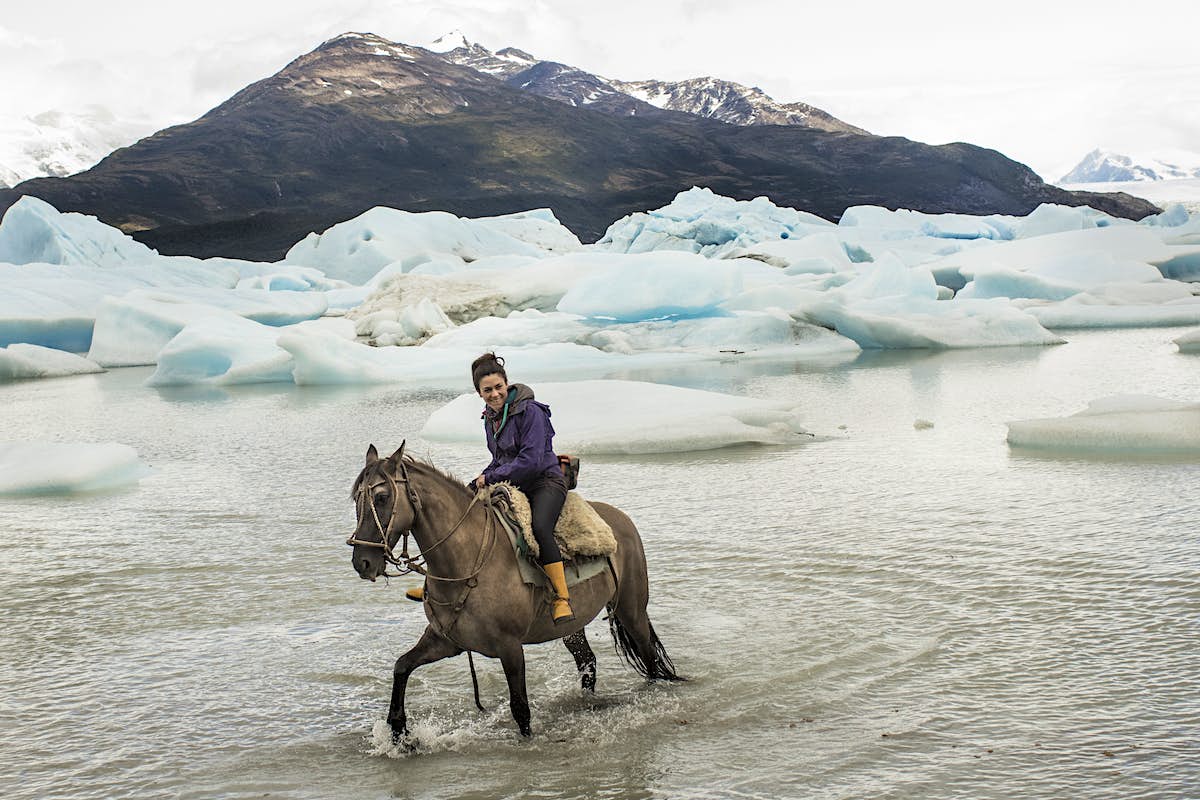 Chile may seem like a small country, but the distance between Punta Arenas in the south and Arica in the north is about 5,000 km (3,100 miles). It’s roughly the same distance between New York and San Francisco. Traveling in this long, narrow country is almost always a question of north or south. Whether you choose to travel by bus, boat, train or plane, we’ve got all the information on the best ways to navigate up, down, and all around Chile.

Getting around by bus

The bus is the most popular way to get around Chile for budget travelers. Pullman and Turbus are the largest companies and dominate the market. Smaller brands like Nilahue, Cruz del Sur or JAC are a better bet for niche destinations, including small resort towns or surf beaches. Recorrido is a good English website for comparing rates and booking without a Chilean ID number (which many other websites require). In general, the buses are pretty cool, air conditioned, and often have entertainment options, wi-fi, or even USB sockets. If it’s a long-distance bus, you can also expect an attendant to serve snacks or a light breakfast.

Unlike elsewhere in Latin America, buses generally leave on time, although arrival times may vary due to traffic conditions, particularly if traveling to or from Santiago. Premium seats tend to be in a smaller section at the bottom of a double-decker bus. They are sold as “semi cama” or “salon cama” and are generally wider, more spread out, and have a deeper slant. You won’t regret spending the extra pesos over the long haul.

Bus stations are not always located in the best part of town and can be known for petty crime. It is recommended that two people travel and keep a watchful eye on luggage. Also, be sure to confirm the arrival station, as different bus companies often use different stations in larger destinations.

Getting around by taxi

Most Chilean cities have taxi service – both downtown and to and from airports – and the prices are quite affordable by international standards. Ridesharing applications such as Uber and Cabify work in Santiago and many regional cities, and you can use them to flag both built-in rides and nearby taxis. Very few drivers speak English, so apps can be the safest way to get to where you want to go.

Getting around by metro and train

The Santiago Metro is by far the best and cheapest way to get around the capital. Its sprawling network is growing rapidly, and trains will take you to most places in the city that you would want to visit (except the airport). You can buy a one-way ticket or charge a Tarjeta beep! with money for multiple trips on the metro and city buses (which are now mostly electric). No other city in Chile has a metro system, although some (like Valparaiso) have commuter trains.

Trains were once a mainstay of domestic travel, but are now little used outside the central valley. The service of Santiago to Chillan is the only one likely to attract visitors, although there is also occasionally tourist trains from Santiago to the seaside resorts or neighboring wine valleys.

Getting around by bike

Santiago is one of the most cycling cities in Latin America with an extensive network of ciclovias (cycle paths) that you can use to get around. Among the patchwork of different bike share options, the most common is Itau bike. Other towns with a strong cycling culture include Viña del Mar, Concepción, Temuco, and Puerto Varas. Many visitors come to Chile for multi-day bike tours around the Lake District or on the Carretera Austral.

Getting around by car

To realistically explore Chile’s wildest corners, you’ll need to hire a car. Most of the highways and roads are well maintained, although the rural areas of the Andes, Altiplano or northern Patagonia are often unpaved and riddled with potholes. Carrying an extra gas can on the Altiplano is a must, while punctures on the Carretera Austral are normal for the course. Note that most rental companies do not allow you to cross the border to Argentina, Peru, or Bolivia.

Rental cars in Chile tend to be slightly more expensive than in North America or Europe, especially if you prefer an automatic instead of a manual (which is more common and cheaper). Fuel costs are also higher, while high tolls on the Pan American Highway (and throughout Greater Santiago) can add up quickly. If you plan to explore only one part of the country by car, it’s best to hire it at the airport on arrival instead of driving all the way from Santiago.

Getting around by plane

LATAM is the main airline of Chile with the largest network of domestic flights and the best quality of service. Sky Airline and JetSmart are new low-cost carriers that also cover much of the country and may offer slightly cheaper fares (sometimes on par with bus tickets). Be careful, however, to read the fare details, as the cheapest tickets usually only include a personal item such as a small backpack. All Chilean commercial carriers have a good reputation for safety, so you can let times and prices determine which airline to fly with.

In general, most regional capitals in Chile have a commercial airport, with the exception of those located near Santiago. If you have a little flexibility, flying to busier hubs like Puerto Montt (to the south) or Calama (to the north) will offer better times and cheaper fares.

Getting around by boat

Traveling in southern Chile can often be easier – and more fun – by boat than on land. Popular ferry routes across the fjords include Puerto Montt to Puerto Natales, Puerto Yungay to Puerto Natales, and Punta Arenas to Puerto Williams. Ferries also connect islands such as Chiloé and Tierra del Fuego with the mainland.

Several ferries in northern Patagonia take travelers across the border to Argentina. These include the scenic drive from Petrohué (near Puerto Varas) to San Carlos de Bariloche and the adventurous drive from Villa O’Higgins (at the end of the Carretera Austral) to Candelario Mancilla (for later treks to El Chaltén). Traveling on the Carretera Austral also requires planning your trip with several car ferries along the way to points like La Arena, Hornopirén and Caleta Yungay.

Chile doesn’t have the best infrastructure for disabled travelers, but it does have a group of dedicated activists who are fighting to make the country more accessible. One of the largest tour operators for disabled travelers, Roll the world, is based here and runs tours across the country. For more information, visit the Lonely Planet website Online resources on accessible travel.