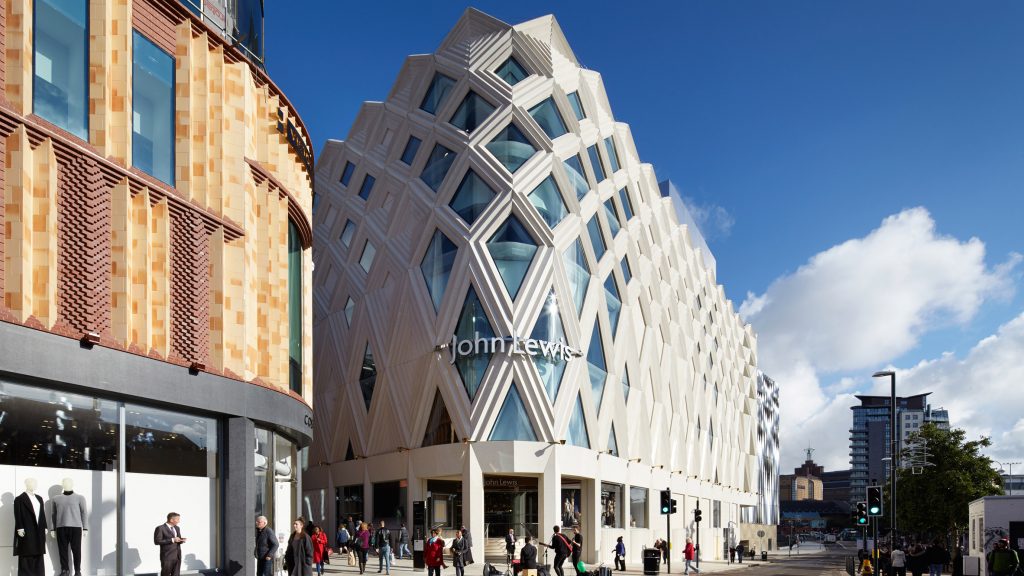 UK department store John Lewis has revealed plans to become a residential landlord by converting its own commercial car parks into rental accommodation across the UK.

Over the next decade, around 10,000 John Lewis homes will be built on sites also including plots above the retailer’s Waitrose supermarkets and adjacent to its distribution centers.

The employee-owned company said the plans build on its “social purpose” and are an effort to help alleviate Britain’s housing shortage.

It is also hoped to revive its fortunes following the impact of the coronavirus pandemic on the streets of the UK and increasing competition from rivals online.

“It will also provide a stable and long-term income for [the] partnership, new employment opportunities for our partners and contributes to our strength as a trusted brand known for its quality service. “

First houses to be built in the South East of England

So far, John Lewis has identified space for 7,000 of the 10,000 rental units in his existing property portfolio, the Sunday Times reported.

However, the company said some homes will also be built at new sites, with the retailer preparing to submit a number of planning requests in early 2022.

Details of the architect John Lewis will collaborate with on the housing have not been disclosed. The company previously worked with London-based company Acme on a shopping center in Leeds.

John Lewis’s first homes are planned for the south-east of England and will range from studios to four-bedroom homes. However, the company is confident that there will be opportunities for home construction across the country due to the scale of the housing crisis, which is seeing house prices soar across the country.

UK Housing Secretary Robert Jenrick recently blamed a “long and absurdly complex” planning process for the high costs of housing in England, as he revealed a new planning system that would automatically grant a new building permit in England.

However, this was widely disputed by architects such as Charles Holland, who said: “These are just absolute boll * cks. Town planning regulations are absolutely not the reason for the housing crisis.”

John Lewis furniture will be available for rent

Future residents of a John Lewis home will be able to use their own furniture or rent furniture from the retailer as part of their rent.

This follows John Lewis’ recent announcement that he would start renting out his furniture to customers after a successful trial because it is a “sustainable choice for our customers”. Furniture rental has become an increasingly popular trend in recent years due to the growing popularity of the sharing economy. It also saw Swedish furniture giant IKEA start renting out its furniture.

Some of the John Lewis subdivisions are also expected to have concierge service and may feature Waitrose convenience stores.

The American firm KTGY Architecture + Planning has proposed to transform unused parking lots into a framework for housing units in 2019. Called Park House, the proposal for housing made from shipping containers placed in parking garages with several reassigned floors.

The main image is of the John Lewis flagship at Victoria Gate taken by Jack Hobhouse.