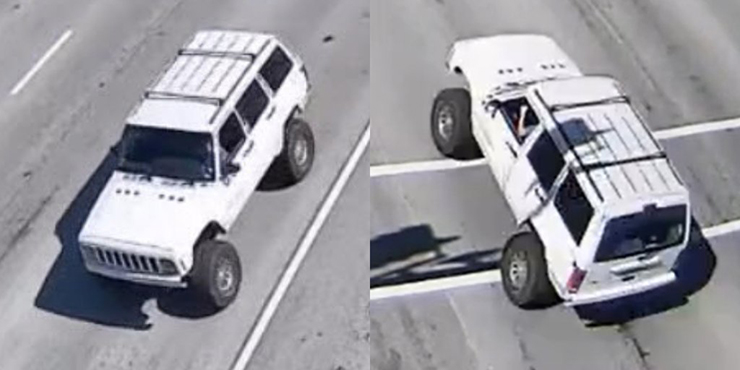 LENEXA, Kan. – Police are asking the public for help in solving a hit-and-run case.

On October 4, when two drivers got into an argument, things got out of hand. Lenexa police officers believe a driver crashed into the other driver’s car before fleeing.

Wayne Flynn, 68, said he spotted a problem when the driver of a white Jeep followed him behind as he exited a car wash near Quivira Road and College Boulevard. Flynn told police he had just made a left turn onto College when the driver followed him into a parking lot at College and Pflumm Road.

Flynn said that’s where the argument boiled over, and the unidentified driver crashed into his Chrysler sedan before dropping off.

“I felt really raped and a little insecure and vulnerable that something like this could happen so easily,” Flynn said.

Flynn said that at one point he and the other driver exchanged angry gestures before the guy in the Jeep cut him off and crushed his brakes. Flynn said the accident caused $ 6,800 in bodily damage to his car. There are no known security cameras in this parking lot.

Flynn said he has a high insurance deductible and can barely afford it and pay his rent.

“Someone who has such poor pulse control as this pilot is not a good thing. It shouldn’t have escalated into a violent incident, ”Flynn said Thursday.

No one was injured in the incident. Lenexa Police spokesman Danny Chavez said police wanted to speak with this driver. If found guilty, he could face charges of assault, bodily harm and property damage. The Lenexa Police Department posted a photo of the Jeep they are looking for on their social media.

“We ask anyone who knows this vehicle or owns this vehicle to call us. We would, at a minimum, like to hear their side of the story. Maybe there is more to it. At this point, we are trying to identify this individual, ”said Chavez.

Flynn told police the driver was a white male in his 40s with a bushy beard and glasses.

If you have any information that can help resolve this hit-and-run case, please call Lenexa Police at (913) 477-7300.