Regina German “goes home” with the opening of the Luling office 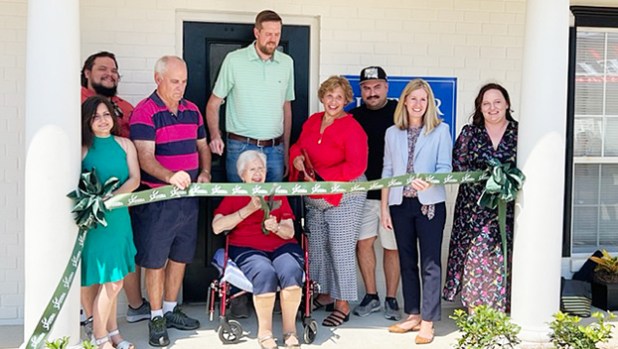 For more than 30 years, Allemande has been known in all river parishes by its slogan: “Regina – A realtor who cares”. Connecting with each of her clients is important to her, and she was determined to maintain that personal touch after Hurricane Ida damaged the Latter & Blum office in Luling.

“All officers were moved to the Destrehan office, so there was no representation of office space on the west bank of St. Charles Parish,” German said. “I was born in Luling Hospital; that’s where I come from, and that’s my home base. Many of my clients have missed being readily available in a convenient location for them to meet me. Latter & Blum wasn’t going to renew the lease, but they allow agents to have their own personal offices, so here we are today.

Germane was joined by her family, St. Charles Parish officials and representatives of the River Region Chamber of Commerce as she cut the ribbon for her new home. While celebrating a new chapter, she was able to reflect on how real estate has changed her life.

Before becoming a real estate agent, Allemand worked in the wedding industry. She joked that it seemed like the next step – getting married, then buying a house. A positive experience with the real estate agent who helped her buy her house encouraged her to explore a new career. The timing was also good; she had just started her family and real estate offered the flexibility she needed to provide for her children while being present at all stages of their lives.

German began her career at Gardner Realtors and has remained with the company ever since, through several corporate name changes and a merger with Latter & Blum in December 2019.

“What I really love is watching people achieve their dreams, whether it’s getting their own rental, their own business location, their house or their land, whatever their dreams are.” declared German.

According to Allemand, real estate is an ever-evolving industry, constantly swinging between changes in laws, ordinances, interest rates, insurance rates, flooding issues and hurricanes. German remained active at the local and state level to keep abreast of changes in the field. She became involved early on in the local Board of Realtors, originally known as the “Saints” Board of Realtors representing St. John the Baptist, St. James and St. Charles parishes. She was chair of the board for three years and twice named Realtor of the Year.

At the state level, Allemand served on the board of the Louisiana Realtors Association for many years.

“By staying involved in knowing what’s going on in the legislative world, we’re able to stay on top of things that will affect home and property ownership in the area,” German said.

This has included keeping tabs on ordinances and banding together with local, state and national associations of realtors to work with FEMA officials to find better solutions to flood insurance hikes. .

Other organizations German has been involved with include the River Region Chamber of Commerce, St. Charles Women’s Club, and the New Orleans Metropolitan Political Action Team. The areas it serves today include the parishes of River and Bayou, as well as the parish of Jefferson which extends to Orleans.