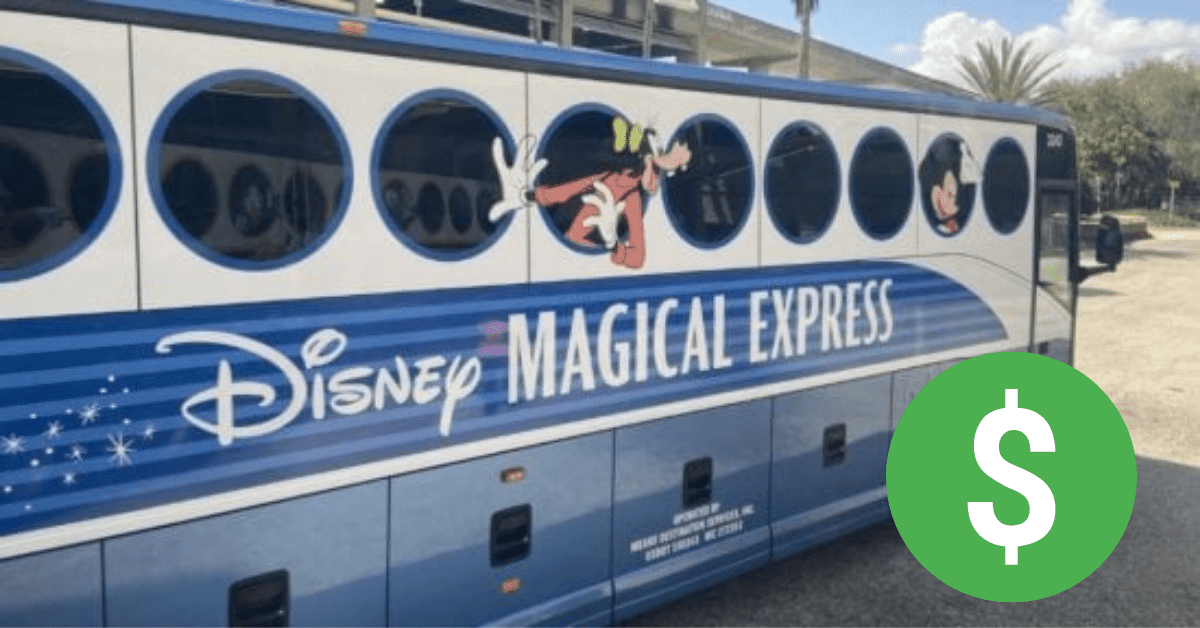 Another piece of Disney magic is soon lost, and Disney visitors are still in shock over the removal of this transportation service.

Disney’s Magical Express takes visitors to the Disney Resort from Orlando International Airport to their Disney hotel and provides an all-inclusive feel to their Walt Disney World experience. Service is completely free to those staying at a Disney-owned and operated hotel, and with Disney music, trivia, and games, the Magical Express often feels like guests’ first “ride” of their vacation.

The current stress-free experience of arriving at Orlando International Airport – which before the pandemic also offered the benefit of baggage delivery for guest checked baggage – will end in 2022. With the celebration of the 50th anniversary anniversary at Walt Disney World beginning months after Disney announced the end of Magical Express services, the news came as a shock to many Disney fans.

Here we have the full truth of what is going on, as well as information on its replacement by a third party.

When does the Magical Express end?

Disney’s Magical Express will cease operations on January 1, 2022. As of this date, the free shuttle operated by Disney will no longer be offered to visitors to Disney hotels:

Disney’s Magical Express service will no longer be offered as of January 1, 2022. The service will continue to operate for new and existing reservations made at Disney hotels for arrivals throughout 2021.

Without this free transportation from the airport, heartbroken guests share their opinion that there won’t be enough perks of staying at a Disney property. The announcement of the end of Disney’s Magical Express came a year after Disneyland Resort announced that it would also end its airport shuttle service.

Will Disney’s Magical Express ever return?

Sadly, it appears the decision has been made to end the free airport transportation service, and no further updates have been released regarding the return of Disney’s Magical Express. The guests, however, are trying to push that date back by Disney and have created a petition on Change.org to save Disney’s Magical Express. The petition now has nearly 10,000 signatures and has gone viral on Twitter.

The “Save the Magical Express” petition reads:

On January 1, 2022, Disney announced the end of The Magical Express.

We think this is a huge mistake. We love The Magical Express and consider it an integral part of a stay at a Walt Disney World Resort that must continue.

The Magical Express, although a Disney service, is actually operated by Mears. There are still a few months before the end of the service in which Disney could theoretically announce an alternative to the Magical Express, notably with Biden recently announcing the return of international visitors. But as of yet, Disney hasn’t shared any updates.

What is the replacement and how much will it cost?

Mears, the company that currently operates Magical Express, has revealed that it will be rolling out a new shuttle service starting January 1, 2022. Note that it is not a service operated by Disney, and instead, if you wish to reserve your seat on that shuttle service, you will need to do so through that third party. (Of course, you can also rent a car or use a rideshare service.)

Mears Connect, as it will be called, will offer a paid service with reservations available now. The shuttle service offers Standard or Express transportation options.

The Standard The service is a shared transportation service on a bus, van or small vehicle, similar to the current Magical Express. The Express The service is direct service to your Disney Resort and back to the airport with limited or no waiting time.

Simply enter where you are going, your flight information and your group size details on their booking page. According to Mears’ website, an “arrival souvenir” and “entertainment” are also provided.

What are the alternative modes of transport?

Currently, as of January 2022, there will be no free way to get to your Walt Disney World hotel (although free transportation to Magic Kingdom, EPCOT, Disney’s Animal Kingdom, and Disney’s Hollywood Studios, between other locations on the property, will still be available to resort guests once they’re at their hotel and traveling into Disney World), but it looks like Uber is the cheapest option.

An Uber from the airport to Disney World (not during a busy time of the day) typically costs around $ 30.00, which would mean around $ 60.00 for a round trip. If you’re a family of four (two adults, two kids), the total cost for a standard round trip is $ 118.00 on Mears Connect, and you can still make multiple stops, unlike an Uber.

When we looked online, a website said a taxi service would cost around $ 66.51. Again, keep in mind that this would only be a one-way ticket, which means that once you’re ready to head back to Orlando International Airport, you’ll need to request another taxi.

Renting a car is also an option for your next Disney vacation. After a quick search on Expedia, it appears a week-long car rental in early January 2021 totals around $ 300.00 for a full-size car, picked up and dropped off at MCO. Keep in mind that parking and gasoline costs will need to factor into this car rental cost, but that convenience and freedom to explore Walt Disney World at your own pace may trump that.

What do you think of the upcoming end of Magical Express? Are you sad to see him go? Do you plan to book Mears Connect for your vacation in 2022?